And How to Boost Your Business’ Network 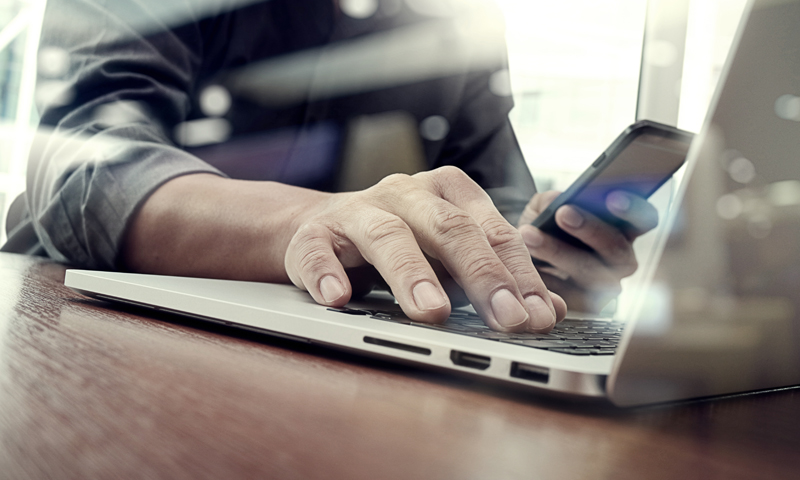 Do you know how fast your internet is?

Go ahead, test it here.

If you’re getting download speeds of more than 15 Megabits per second (Mbps) in America, you’re in great shape. If you’re getting less—which you likely are (seeing as the country’s median speed is way less)—you have a below-average connection.

Despite internet speeds getting faster in the US, we still rank below the top 10 for download speeds. The US has an average of 15.3 Mbps, while South Korea has the fastest internet in the world at 26.7 Mbps.

How is it that the world’s largest economy has such slow internet? To find out, you have to travel back in time.

A Brief History of America’s Internet

America has two historic networks in place that have been there since the New Deal. The first is comprised of the copper wires that made up our original telephone network. Slowly, these were replaced by coaxial cable, a copper core with insulation around it, to provide stronger and quicker signal transmission. These two systems are how most of our internet is still connected, and, in this day and age, they’re both considered ancient technology.

Because America is such a young nation, early on we were able to invest in hard-line cabling (with tons of switching), while other parts of the world like Europe couldn’t tear up the infrastructure to install such wires. It’s also why Europe has faster internet speeds now, because they were forced to invest in wireless from the get-go.

In 2010, President Barack Obama’s administration began its National Broadband Plan, which, among other things, sought to fix our outdated network problem. The plan involved a deployment of more than 100,000 miles of internet infrastructure and has been a major reason why speeds in the US have improved. But there’s still a log-jam, because the government can only do so much.

Building a network on a nationwide scale is expensive and difficult. Because our infrastructure is literally ingrained into our landscape, major upgrades will not happen overnight. In the meantime, there are two main ways you can increase internet speeds right now.

So many businesses overlook this step. For that reason, there’s a lot of archaic router technology out there.

Why is having a new router so important?

With a broadband internet connection, your speeds are at the mercy of the cable company. When they’re fast, you’re fast. Because we have an old infrastructure in place, with wiring in the ground, your speeds are solely determined by how close you are to the source. When you consider the fact that everyone else is using the same broadband connection, it’s easy to understand slow bandwidth. Internet in the US is a bit like our highways in major cities—overcrowded, to say the least.

No matter what age router you have, you’re constantly sitting in network traffic. However, older routers do not inspect data, meaning they’re not able to prioritize connections. Think of it like this: you’re waiting in line at the bank. With an old router, you’re stuck waiting no matter what. A new router is able to prioritize connections, meaning if your issue at the bank requires more attention than the person ahead of you, then you get to move ahead. Newer routers are able to inspect data and prioritize connections. In short, update your router immediately. If you’re interested in modernizing collaboration technology, check out this article: How to Approach Modernizing Your Collaboration Infrastructure.

Think of SD-WAN like an internet traffic conductor. SD-WAN allows you to balance multiple connections by conducting slower traffic to faster channels. Until 5G comes along, we’re all stuck with old, slow internet connections. The best we can do now is to patch together several less-than-ideal connections to make a decent one. That’s what SD-WAN does.

At Select, we help businesses optimize their connection speeds every day. In fact, we’ll even show you where your current network is under-performing. Contact us today to get a no-cost assessment and learn how you can amplify your current network. We offer a variety of SD-WAN and router options to create a faster, stronger network infrastructure.

How to Approach Modernizing Your Collaboration Infrastructure

Significant Growth Ahead for the Unified Communications & Collaboration Market